Yesterday in Naliboki Forest (central-western part of Belarus) I faced with interesting wolf-bear track trails, which evidenced that five wolves attacked brown bear (not big, not small one).

The tracks were already covered by 1-2 cm snow, and the snowfall continued. Therefore it was impossible to get worthwhile photo-documentation of the event, but still it was possible to learn how this aggressive encounter proceeded.

From the tracks I learnt the following. Having fairly warm November and December, this brown bear was still active. This winter with much snowing and some frost began recently, about ten days ago. While looking through two scats of the bear, I found that it fed on berries of arrowwood and green herbs. Also, in the scats there was some hair of elk. Before the wolf attack this bear rested in black alder forest under single big spruce with lowly situated branches. Bedding of the couch from spruce branches and reed was quite poor.

Pack of five adult wolves, while passing nearby, started attacking the bear. After some defence under the spruce, by snuggling to the spruce butt by its back, the bear started running away all the time in the same one direction. Later I learn that the bear run to young spruce thicket with many fallen birches. The bear tried to run through as dense vegetation (willow bushes, reed, young spruces, fallen trees etc.) as possible. The wolves were mainly running aside of the bear.

Before the bear reached the mentioned thicket the wolves stopped the bear for seven times. Every time the place was like a small glade, even not a glade, but just a spot about 50-100 square meters almost without trees and bushes (as you may see on the photo). Abundance of tracks on such place suggested that the bear was arrested not for long time, perhaps, few minutes and then the bear continued running away. There were some hair or even hair tufts of the bear on each such spot, but I found only a little hair from the wolves. On the fifth struggling spot there was some blood. Struggling in each spot the bear tried snuggling to butt of the nearest big tree or large willow bush and from such point it continued running further.

Finally, after running all together about 3 km the bear reached small spot of young spruce thicket with two fallen big birches. It looked like just there inside the thicket the bear wounded one wolf. Because of there was not much blood I think the bear torn piece of skin on the wolf back. After the encounter in the small thicket the bear relocated in the large one nearby. Afterwards the wolves stopped attacking the bear and gone.

Generally the bear behaviour suggested me that this bear was already experienced how to defence itself from wolves and where such defence may be more effective. I assume that the bear already faced with such wolf attacks before and maybe not one time. 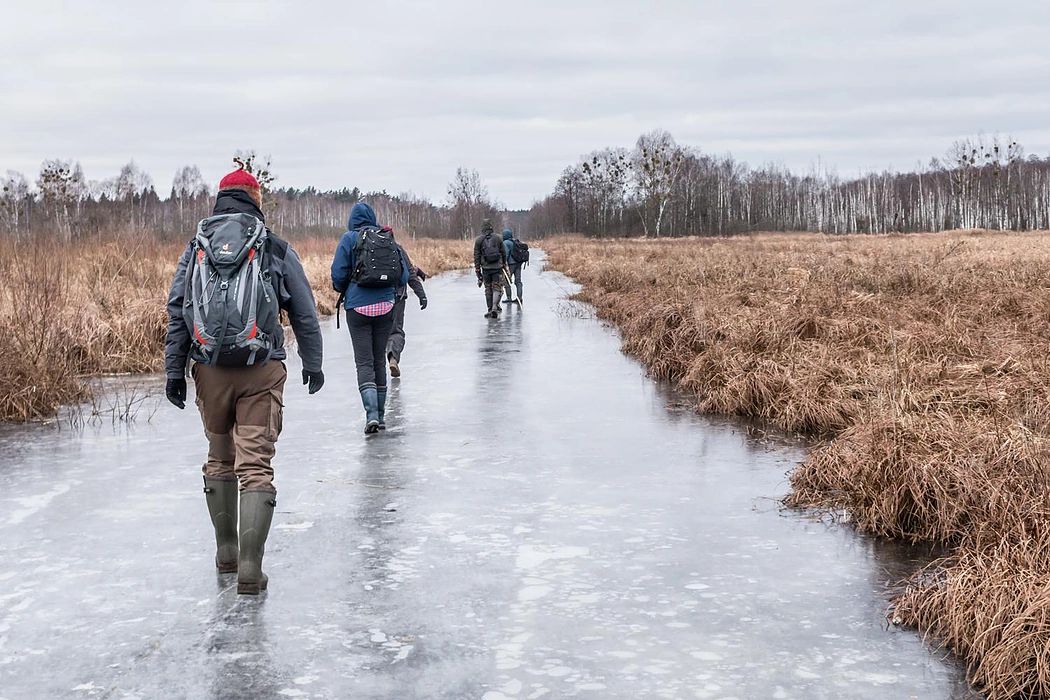